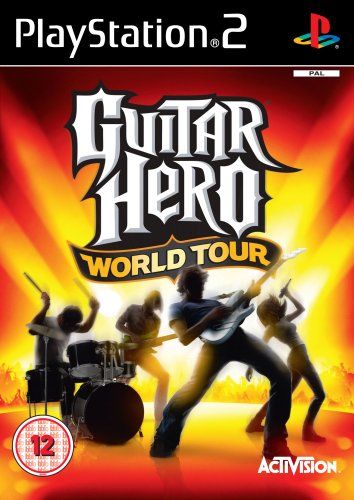 Guitar Hero World Tour is comprised entirely of master recordings from some of the greatest classic and modern rock bands of all-time including Van Halen, Linkin Park, The Eagles, Sublime and many more. Additionally, the game will offer significantly more localized downloadable music than ever before on all of the next-generation consoles. Budding rock stars will also be given creative license to fully customize everything from their characters' appearance and instruments to their band's logo and album covers.

You’ll be in rock-and-roll paradise with Guitar Hero World Tour. The game has advanced modes, options and tools for your rocking pleasure. Enjoy a vast amount of master recordings from some of the biggest acts of all time, including Van Halen, Linkin Park, the Eagles, Sublime and more. The game will also offer significantly more localized downloadable music than ever before. Guitar Hero World Tour gives you creative license to fully customize everything from characters' appearances and instruments to the band's logo and album covers. The innovative Music Studio lets you compose record, edit and share music. The hard-hitting Battle of the Bands mode lets up to eight players get in on the mayhem. Jam like a pro and show off your talents like a true superstar. - Be the Next Great Songwriter; Music Studio lets players express their musical creativity by giving them access to a full complement of tools to create digital music from scratch utilizing the guitar controller and drum kit. Players can create their tracks and then play them in-game or share the recordings with the entire Guitar Hero community through GHTunes. GHTunes allows other gamers from around the world to download and play the community's original tracks.
- Create the Band; Budding rock stars can live out their rock ‘n’ roll fantasies by playing either a single instrument or any combination of instruments, in addition to the full band experience. When rocking as part of a band, up to four players can jam together in quickplay or as they progress through a career. Both band and single-player careers feature non-linear progression giving artists the option to change difficulty and instruments with a variety of different gigs available at any time.
- Never Jam Solo Again; Virtual musicians in need of band mates can take their careers online forming worldwide ensembles so no rock star ever has to play a gig solo. Plus, GHWT adds a "Battle of the Bands" modes, which allows eight players to join online and challenge each other band-to-band to establish global supremacy.
- Customize Everything; The character creator allows gamers to create a rock star with style as unique as their own. Absolute customization from the clothes, to the facial and body structure, to the tattoos and accessories, players are encouraged to unleash their inner rock legend. The Rock Star Creator doesn't just allow players to build the ultimate rock god; the in-depth creators include the ability to customize guitars, drums and microphones. Adding yet another layer of personalization, gamers can create custom logos for their instruments, band, or album covers.
- A Set List for the Ages; The Guitar Hero World Tour set list is comprised entirely of master recordings from some of the greatest artists of all-time including Van Halen, Linkin Park, The Eagles, and Sublime. There are over 85 tracks, plus frequent downloadable singles and track packs. In addition to the killer track list, the game will feature rock icons such as Hayley Williams of Paramore and Travis Barker of +44 and blink-182. 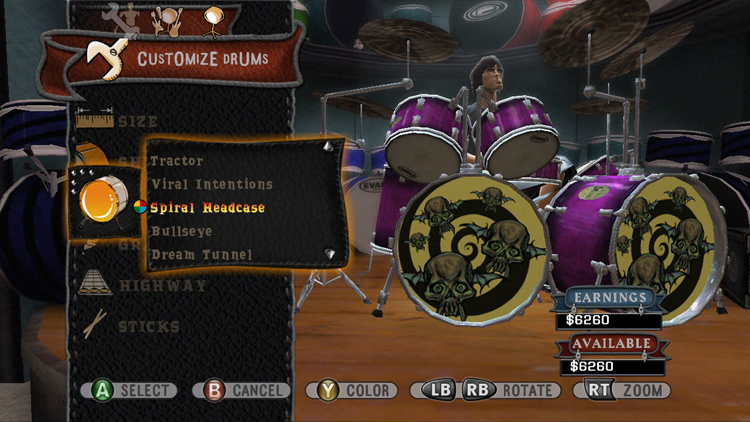 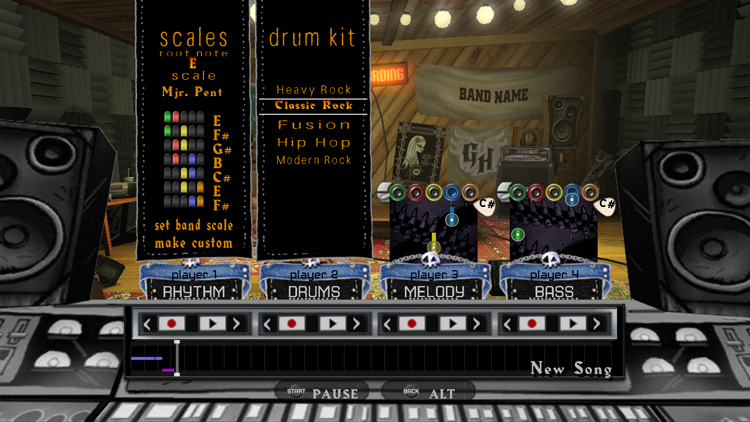