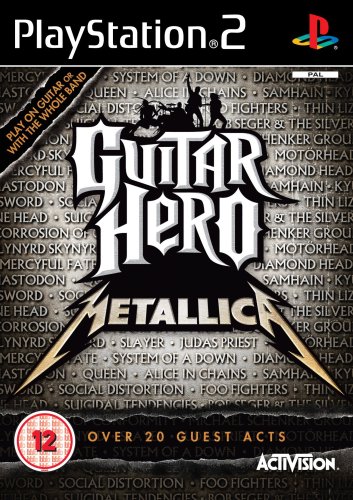 “Ride the Lightning” with musical icons Metallica and over 20 other rocking acts in an all new Guitar Hero experience -- Guitar Hero Metallica. Enter the world of Lars Ulrich, James Hetfield, Kirk Hammett and Robert Trujillo and experience the intensity and skill of one of the greatest bands of all time. Shred on guitar, rip on drums and wail on the mic to a set list featuring over 45 explosive hits from Metallica’s illustrious career and a wide variety of other legendary artists personally selected by the band, such as Alice In Chains, Foo Fighters and Queen. Fans will be able to rock as Metallica while performing in venues reminiscent of the band’s epic album covers, themes from their music and real world locales.

Becoming the Band
For the first time ever, Guitar Hero Metallica will allow fans to come together and thrash as the explosive, world-renowned metal and rock band, Metallica, whose album sales have exceeded 100 million worldwide. Transform into metal legends Lars Ulrich, James Hetfield, Kirk Hammett and Robert Trujillo as full body scans and signature moves motion capture allow players to virtually experience the high intensity of a Metallica performance.

Live Like Metal Legends
Follow the path of the metal legends in either single instrument or band career game modes playing as the band to a soundtrack of their greatest hits while also rocking with more than 20 additional artists selected by the band. Featuring in-the-round stage designs and custom camera angles new to Guitar Hero, further highlighted by custom lightshows, special effects and encores, gamers and Metallica fans alike can fulfill their rock ‘n’ roll fantasies in a variety of new and famous settings, ranging from Tushino Airfield to The Forum. All venues reflect Metallica’s most memorable tours including themes from their album artwork to offer the authentic Metallica atmosphere.

Drum Like Lars
In addition to using the redesigned, more responsive and advanced Guitar Hero World Tour guitar controller and microphone, Metallica fans will truly be able to pound like Lars on the drums with a second bass pedal compatible with the Guitar Hero World Tour drum kit controller (second bass pedal sold separately). The all-new “Expert+” difficulty level gives gamers access to the double bass drum note track which offers the authentic Metallica experience with a note-for-note translation of many tracks appearing in-game and adds a new difficulty option to all gameplay modes.

Seek and Destroy
Immerse yourself in themed Battle Mode attacks, such as briefly blacking out your fellow rocker’s note track or modifying the amp overload to include the signature Metallica lightening.

Test Your Metal
After nailing a song, test your Metallica know-how by replaying the song with trivia pop-ups. The on-screen displays give information about the song being played, and with guest artist songs, information about how the band is tied to Metallica will be displayed along with details such as band history and lyrics.

Off to Never Never Land
Guitar Hero Metallica is loaded with tons of bonuses throughout the game, such as unlockable venues, songs, commentary, videos and behind the scenes footage, giving all Metallica fans exclusive content to enjoy.

All that Remains
Guitar Hero Metallica cranks all the great features, gameplay and fun of Guitar Hero World Tour to a new level with updates to the Music Studio featuring samples from James Hetfield’s ESP Truckster guitar and of Slayer fame, Tom Araya’s signature ESP bass guitar, GHTunesSM, and the Rock Star Creator. Online game modes allow competing gamers to see who tops the charts in Face-Off, Pro Face-Off, eight-player “Battle of the Bands” and Battle Mode as well as the online Quickplay mode that allows up to four gamers to shred together regardless of physical location. * Follow Metallica on a tour through their career while playing their greatest hits
* Play 28 Metallica songs and 21 songs by artists that influenced their career
* Grab your friends and make up the entire band with guitars, drums, and vocals
* Expert Plus difficult lets you plug in a second bass pedal
* Enter the Music Studio to create your own music that you can share with others 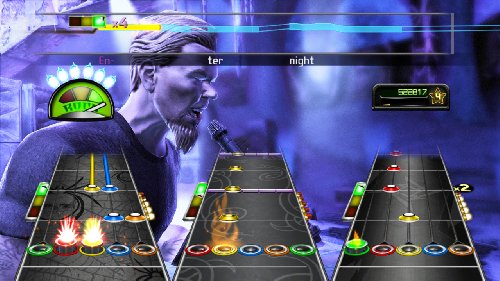 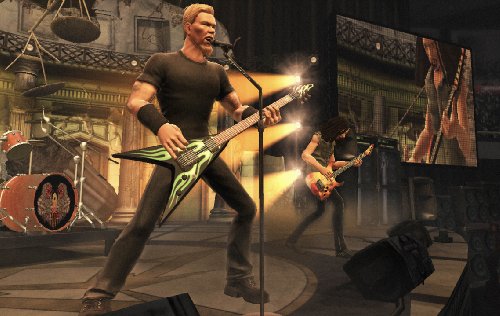 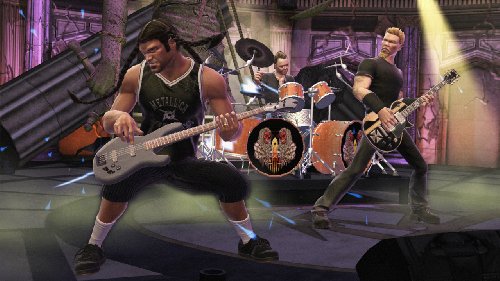