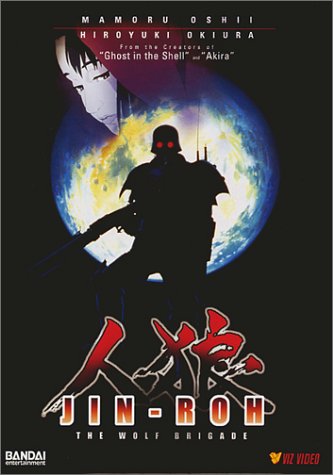 Jin-Roh is a very dark tale set in the riot-torn 1960's Tokyo of an alternate history. A special police force, the Capitol Police Organization (CAPO) has been formed. Within CAPO is the Special Unit which gets the toughest jobs. Some of the men in the Special Unit, according to rumor, comprise a vigilante group called the Wolf Brigade. Conceived by Mamoru Oshii (Ghost in the Shell) Fuse, a member of the Special Unit, broods obsessively about a terrorist girl who blew herself up in front of him. Then he meets the girl's sister and becomes emotionally involved. A happy ending? It's not that kind of movie.