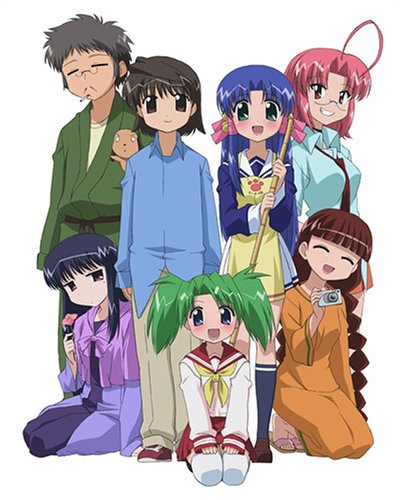 Shiratori Ryuji wants to become a picture book writer, and he moves to an apartment, Narutaki-So, in order to go to an art school in Tokyo. Narutaki-so is an old Japanese style one-story house which doesn’t fit in urban scenery. It is owned by the cousin of his mother, and the manager of the apartment is Aoba Kozue. She is his second cousin, and they met with each other when they were children although he doesn’t remember her much. She is in the second grader of a high school attached to Aoba Junior Collage.

There are five people living in Narutaki-So. First, Chanohata Kotomi is living in the room #1. She is a best friend of Kozua. Then, the resident of the room #3 is Momono Megumi. She is a kind of person who goes her own way. In the room #5, Kurosaki Sayoko and her daughter Asami are living. Asami is in the first grade of a junior high. Finally, in the room #6, Haibara Yukio is living with his puppet, “Johnny”.

They are all characteristic and eccentric persons. However, in fact, the most eccentric person is Kozue. She has a secret; when she is shocked at something, she changes her personality. Not knowing this, Takashi moves to Narutaki-So to realize his dream. What kind of a new life will be waiting for him?